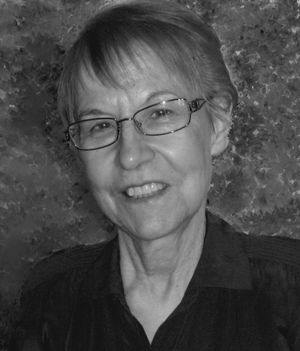 Elizabeth Raum has had a career in music that has spanned over 45 years beginning in Halifax where she played principal oboe with the Atlantic Symphony Orchestra before coming to Regina when her husband was offered a position in the Music Department of the University of Regina in 1975. She joined the Regina Symphony Orchestra at that time and from 1986 until her retirement in 2010, played principal oboe as a member of the Chamber Players.

She has been the featured composer for the Colours of Music Festival in Barrie, Ontario, the International Women's Brass Conference in Toronto, and International Tuba Conferences in Budapest, Minnesota, and Regina. She was awarded the Canadian Composer Award by the Canadian Band Association, has three times received the award for Best Musical Score by the Saskatchewan Film and Video Showcase Awards and won in the Best Classical Composition category for the Western Canadian Music Awards as well as being nominated in the same class two additional times. She has also been presented with the Commemorative Medal for the Centennial of Saskatchewan and the 125th Anniversary of the Confederation of Canada medal and in 2010 received the Saskatchewan Order of Merit. In 2004 she was given an Honorary Doctorate in Humane Letters From Mt. St. Vincent University in Halifax Nova Scotia.

An extremely prolific composer, Raum has written over 70 chamber works, 4 operas, 20 vocal works, several ballets, concerti, and major orchestral works. She enjoys a reputation of being one of Canada’s most accessible composers. 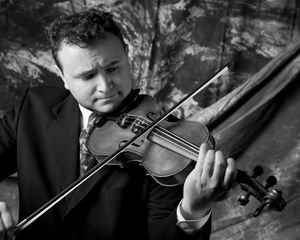 Richard Mascall is an award-winning Canadian composer who grew up in Toronto but originally hails from England. His classical music training began at North Toronto Collegiate Institute, as well as at the Royal Conservatory of Music. Richard went on to study musical composition at the University of Toronto’s Faculty of Music where his principal teachers were Chan Ka Nin, Walter Buczynski, Derek Holman and Christos Hatzis. He also studied at Wilfred Laurier University with noted Canadian composer and pedagogue Glenn Buhr.

Richard's music first gained public attention in 1992 when his virtuosic work for solo violin, Labyrinth, was performed by celebrated Canadian violinist Andrew Dawes at the CBC Young Composers Competition. Labyrinth was chosen by the CBC to represent Canada at the 1993 International Rostrum of Composers in Paris, France. Since then his music has been widely performed across Canada by many of the leading orchestras, ensembles and soloists. With recent performances of his work in Estonia, England, Finland and South Korea his music is beginning to be heard around the globe.

Additionally, Richard has also written for film, scoring Anais Granofsky’s 1999 debut film Have Mercy. During the past decade, Mr. Mascall has taken a great interest in indigenous art and culture and has composed 11 indigenous-themed works. In January 2012, Richard was honoured with the spirit name ‘Singing Beaver on Water’. Other commissioned works include a tribute to the late French horn soloist, Joan Watson for horn and piano, as well as various new works for the Canada 150 celebrations including a work for the Ensemble Made in Canada and the first entry 'Spring' of the Four Seasons cycle, of which 'Niibin' (Summer) is the second. 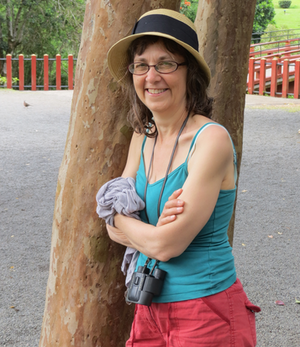 Diane Berry grew up in Toronto, graduating from the music program at York University and since then she has been working as a private teacher and freelance flutist. She has had works performed by the Erato Ensemble, the Turning Point Ensemble, Two Flutes and a Violin, NuBC, flutist Mark McGregor, and many Victoria performers.  In 2016, her piece for string quartet, "Chasing the Raven" was performed by SOCCO and broadcast on Seattle's KING.FM.  She was commissioned to write a piece for Open Doors Milwaukee, in 2018, to be performed in the old Gas Light Building entitled "Gaslight 1904" a piece for clarinet and cello.

In October of that year, she had her European debut with her piece for solo flute and electronics, "Calling" which was part of the International Alliance for Women in Music's annual concert in Dublin, Ireland and appears on the Flute in the Wild album. More recently, she has had Fantasy #2 for english horn, and “Waterscapes” for solo flute performed in online concerts, and Reflections 1, for solo violin, recorded by Tatiana Warszynski for an album, The Shape of Things. 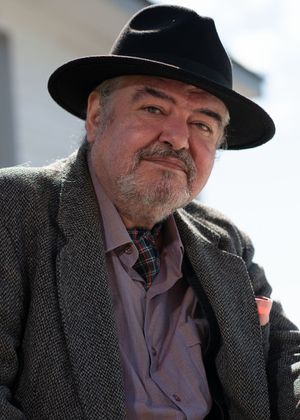 Born in Singapore, British/Canadian pianist and composer Richard Herriott made his debut at age 12 in a recital for C.B.C Radio. When he was 18, " a loud and prolonged ovation greeted Herriott "in the wake of his Concerto Debut with the Toronto Symphony Orchestra under Sir Andrew Davis. Globe and Mail critic John Kraglund further stated "Herriott is a rarity .... an artist who bears watching."

Having performed concerts in 14 countries, Herriott has also won several prizes including First Prize in Piano at the Canadian Music Competition and the Tremplin International, and the "Diploma de Honor" at the International Musical Competition Dr. Luis Sigall, held in Chile. Herriott is also recognized as one of the top five dance accompanists in the world. From 1992 until 1996, he was Senior Accompanist at Christopher Gable's Central School of Ballet in London as well as Music Director/ Composer of the Junior School at that institution. In 1996, Gable invited him to be Company/Orchestra Pianist for Northern Ballet Theatre, a post that Herriott held until 2012.

It was during this period , whilst living in Yorkshire, that he founded his orchestra " Die Musici II," with whom he conducted several works of his own as well as music by Bach , Beethoven, Holst, Warlock, Mozart , et al.

Herriott’s music has been performed by many distinguished artists including Australian guitarist Craig Ogden, the late Hugh McDowell of ELO, Mexican percussionist Ricardo Gallardo, Canadian flautist Leslie Newman, his former wife, oboist Elizabeth Kenwood with whom he founded the Kenwood Herriott Duo -- Oboes and Piano -- and Anglo-Italian Pianist Peter Bradley Fulgoni who gave the World Premiere of a solo piano work at the Moscow Residence of Sviatoslav Richter.

In 2017, as part of the Canada Sesquiecentenial, Herriott premiered his 1st Piano Concerto The Newfie Bullet with Orchestra Toronto under Kevin Mallon, and his Dance Rhapsody Canadien for Piano and String Orchestra received its premiere from young Pianist Lauren Esch and the Canadian Sinfonietta under Tak Ng Lai. In 2019, he premiered his 2nd Piano Concerto An Electric Organ, a Ladder, and a Persian Rug with Orchestra Toronto under Michael Newnham. It was in November of 2019 that Herriott made his Newfoundland Symphony Orchestra debut under Marc David in a second performance of The Newfie Bullet. During the Pandemic, he increased his activities as a comper in writing a Solo Piano Suite and a 3rd Piano Concerto. He also made his Symphony in the Barn debut in a performance of Beethoven's Appassionate Sonata and was delighted to appear again in 2021 in a performance of Beethoven's 3rd Piano Concerto.

Herriott currently divides his time by giving concerts, and composing and regularly accompanying Company Class for The National Ballet of Canada, as well as working for Canada's National Ballet School, for whom he has written some 20 original short ballets.